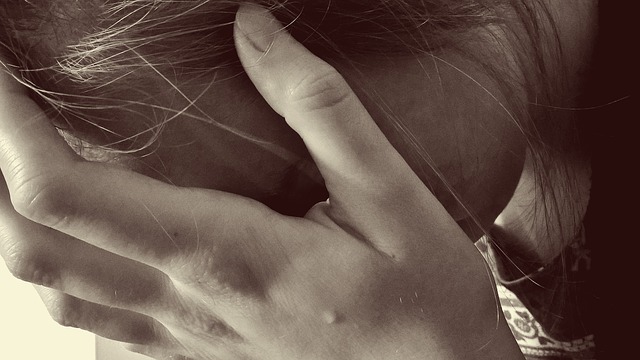 A pervasive pattern of grandiosity (in fantasy or behavior), need for admiration, and lack of empathy, beginning by early adulthood and present in a variety of contexts, as indicated by five (or more) of the following:
1. Has a grandiose sense of self-importance (e.g., exaggerates achievements and talents, expects to be recognized as superior without commensurate achievements).
2. Is preoccupied with fantasies of unlimited success, power, brilliance, beauty, or ideal love.
3. Believes that he or she is “special” and unique and can only be understood by, or should associate with, other special or high-status people (or institutions).
4. Requires excessive admiration.
5. Has a sense of entitlement, i.e., unreasonable expectations of especially favorable treatment or automatic compliance with his or her expectations.
6. Is interpersonally exploitative, i.e., takes advantage of others to achieve his or her own ends.
7. Lacks empathy: is unwilling to recognize or identify with the feelings and needs of others.

Narcissists typically mentally and emotionally (and sometimes physically) abuse their targets, slowly turning them into piles of self-doubting, anxiety-ridden, powerless goo. They do this to make their victims more pliable to their will (and sometimes, seemingly, for amusement). It is heartbreaking that many kind, loving people feel trapped in a relationship with a narcissist who is, in fact, slowly destroying them. The best way to protect yourself against narcissistic abuse is to learn their tactics and be on guard for them. If you are already entangled with a narcissist, once you have realized that fact, it is advisable to seek professional assistance in becoming unentangled.

Be aware that narcissists generally will not show their hand for 2-3 months in a new relationship. In the beginning, they will typically drown the target with love and affection, making the victim believe they share some kind of epic romance. However, sooner or later, usually after the target has fallen in love or made a commitment, the narcissist will start the “devaluation” phase in which they kick over the pedestal and begin their mind control tactics. Listed here are some of the most common of these.

NOTE: I am not a psychologist. I”m a survivor of narcissistic abuse who holds a BA in psychology and has finished the coursework sans thesis for a MA in psychology. Please consult a licensed professional if you need help dealing with/escaping from a person with NPD (Narcissistic Personality Disorder).

The typical narcissist will run their victim ragged if given half a chance. They will demand the moon, and if you manage to get them the moon, what they really wanted was the whole solar system, and how dare you? If you get them the whole solar system it will be the wrong color and you clearly don’t love them. The key idea here is: Nothing will ever be good enough. They tend to frame their wants as “demands” and often when they get what they wanted, the next thing out of their mouths will be a new demand, not “thank you.” This keeps the victim focused on the narcissist’s needs and not on their own, as well as exhausts them physically, mentally and emotionally.

Regarding sex, narcissists may demand it when the partner is tired, asleep, sick, late for an appointment, or in other situations where sex is difficult or impossible, with absolutely no regard or compassion for the partner’s feelings or needs– and with no apparent awareness that there is anything wrong with that. Sometimes it appears that they specifically want sex to be uncomfortable for their partners or for the act to be less-than-willing, and that may actually be the case. Narcissists feel entitled to sex, which can manifest as anything from them being rapey/coersive to committing actual rape. Many are addicted to pornography. Sexual objectification, ie, viewing a person as merely a set of body parts to be used for sexual gratification, is common. Remorseless– and what could even be called perfunctory– cheating on partners is often standard practice.

Threats of Abandonment for Non-Compliance

When a victim refuses to comply with the narcissist’s often unreasonable demands, threats of abandonment often ensue. These can be subtle, overt, or entail actually leaving (or pretending to). This strikes terror into the heart of the victim, who is usually a gentle-natured soul such as a child, or an adult partner who is particularly empathetic, especially if they had been a victim of other narcissist or borderline personalities as a child. The latter are targeted by narcissists because we are kind-hearted and try to see the best in everyone, and more importantly, we are willing to put up with a ton of absolute horseshit– we may even expect it. Other people would tell the narcissist to fuck off with their outrageous behavior, and the game would be over too soon.

Victims may not even consciously realize they have been threatened with abandonment, because the narcissist may say something like, “Well that’s what I need for this relationship to work.” Of course, encoded in that phrase is the threat of abandonment, and the victim may feel fearful and be more likely to capitulate, even if they don’t realize why. As a power move, a narcissist will sometimes leave the home without specifying where they are going or whether they are coming back, causing anxiety for the victim. Narcissists may leave their victim for real, but usually only once they have exhausted them of everything they can– attention, money, sanity– and have another victim lined up who has more of these resources to offer.

This is the most insidious mindfuck method out there. It’s named after the play Gas Light (aka Angel Street) in which a husband lowers the gas lights (it’s set in the 1800’s) slightly while telling his wife the rooms are no dimmer than before, until she starts to doubt her sanity. This is a perfect analogy for the tactic narcissists take against their targets.

One of a narcissist’s favourite games is called: I Did Not Say That. Sometimes they will literally tell you they didn’t say something 30 seconds after they said it. This is not a function of them having a poor memory, as they can be observed remembering all kinds of other things in detail– except shitty things that came out of their own mouth 30 seconds ago. A variation of this game is I Did Not Do That. That is where they deny shitty actions they did, no matter how many people observed said actions.

It’s literally insane for them to deny reality like that. But they are trying to make their victim feel insane, and doubt their own perceptions. It’s as if they believe that if they say anything with enough confidence, it will magically become true. Narcissists will utter 190-Proof nonsense with a straight face and total confidence. Healthy people encountering this behavior will steer far, far away from the narcissist. Therefore this tactic works best on children, or on adults who were abused as children.

Children who have been subjected to gaslighting grow to doubt their ability to make sense of the world around them. This is unfortunately the case with myself. Someone could come up to me and say the most absurd thing, like: The sky is not blue, it’s green–

And I will actually stop for a minute to wonder if it’s true, if I’ve somehow made a mistake in my perception of the sky’s color, or if I’ve somehow misinterpreted the popularly accepted data “the sky is blue” in my mind. A person who has not been subjected to narcissistic abuse would of course disregard the statement “the sky is green.” They would rapidly (and correctly) attribute the error to the other person.

Fortunately, I know now I am not crazy. But I still stop to check myself all the time over the stupidest shit, years later. In the past this had left me vulnerable to abuse by narcissists in relationships– until one day I suddenly realized what was happening. I have heard it described as “waking up from a coma.” That happened to me, and now I can see narcissistic abuse for what it is: A bunch of crazy, unnecessary, stupid, twisted assholery– to put it nicely.

Raging Out – Where they throw a shit-fit worthy of a three year old high on rock candy. This may shock the victim into compliance or make them feel guilty and send them into a frenzy of trying to make the narcissist feel better. The end result is that the narcissist gets what they want.

Dead Eye Stare – Where they stare at the victim intensely with a look that is almost inhuman, and certainly unfeeling, saying nothing. This is meant to upset and intimidate– it is truly unsettling and not soon forgotten. Normal people cannot imitate this look in my experience.

Silent Treatment – Where they go quiet in the middle of an argument or list of demands. The crazier this makes the victim feel, the more likely they are to do it.

Blame the Victim – This is a perennial favourite of narcissists everywhere. No matter what the narcissist has done– no matter how egregious the offense– it is somehow always the victim’s fault. They will often even (ludicrously) demand an apology. Narcissists are very fond of playing the victim, and will do so to draw in empathetic people ripe for narcissistic abuse.

Side Note: I believe it is important for people like myself to stop pitying people. It doesn’t really help people to pity them– at best it enables them and at worst it puts yourself at risk for narcissistic abuse. That is not to say that I would ever ask anyone to stop being a compassionate person. It’s just important to protect yourself in the process. Speak softly and carry a big stick, as they say. Don’t automatically believe every sob story.

I’ve spent a lot of time thinking about this. It’s been substantiated that narcissists don’t have the same capacity for feeling that other people do, often pretending or imitating genuine feelings, that they feel rewarded by manipulating people, and most importantly– that they are very, very unlikely to ever change. They are actually cruel in their behaviors. They do actually cause emotional, mental and sometimes physical damage to others without remorse. I hesitate to say that they are bad people– but they definitely do bad things. I think it is possible to live with a narcissist…but I also think, why put yourself through that? There are plenty of other people in the world who would never think of abusing you. It is probably low self-esteem that fuels the fear of finding someone who would love you without trying to hurt you. Fortunately self-esteem can be raised with time and self-care.

If you’re still unsure if the person in your life is a narcissist, check if they fit a significant number of the things on this list: Surviving a Narcissist (NOTE: The author of the list makes the mistake of assuming all narcissists are male and all victims are female–that is definitely NOT the case). If you or someone you love is suffering at the hands of a narcissist, please seek professional assistance and be prepared for the Stages of Recovery. You deserve happiness.

• Claim one free stock from Robinhood (and more when you refer friends). And stop paying stock trading fees. I love this app.
• Need copies? This company blows Kinko's and local copy shops out of the water with cheap prices and fast shipping. Can't say enough good about this service.
• Own a small business? Get funds from Kabbage to help with your cashflow, and a $50 gift card for joining. Great app for short term business loans with no hassles.
• Get a $5 account credit after you make a purchase from my favourite Domain Registrar.